The Meaning and Interpretation of Dreaming About Snakes

Snakes are a powerful symbol in the world of dreams. They represent such things as change, transformation, and life cycles. Snakes can be seen as a warning to proceed with caution, but they also symbolize transformation. When you dream of snakes, it’s important to examine what other symbols might be present in your dream and what emotions that snake is stirring up in you. This blog will help you identify possible meanings for snake dreams and how to work through them.

What Does It Mean When You Dream About Snakes

There are many interpretations for what snakes might mean in your dreams, and there’s no one right answer. The dream could be a warning to proceed with caution or it could symbolize transformation. It might also represent such things as sexual energy or deceitfulness.

It is important to note that not all snakes in dreams are symbolic of something negative. For example, in some cases, symbols such as water, trees, and other animals can appear alongside a snake when it is not necessarily drawing attention to itself or when it does not have any significant meaning.

If you’re unsure what your snake dream means, look at other symbols in your dream and explore what emotions these images might stir up in you. Make sure to explore all possible meanings so you can start working through them! 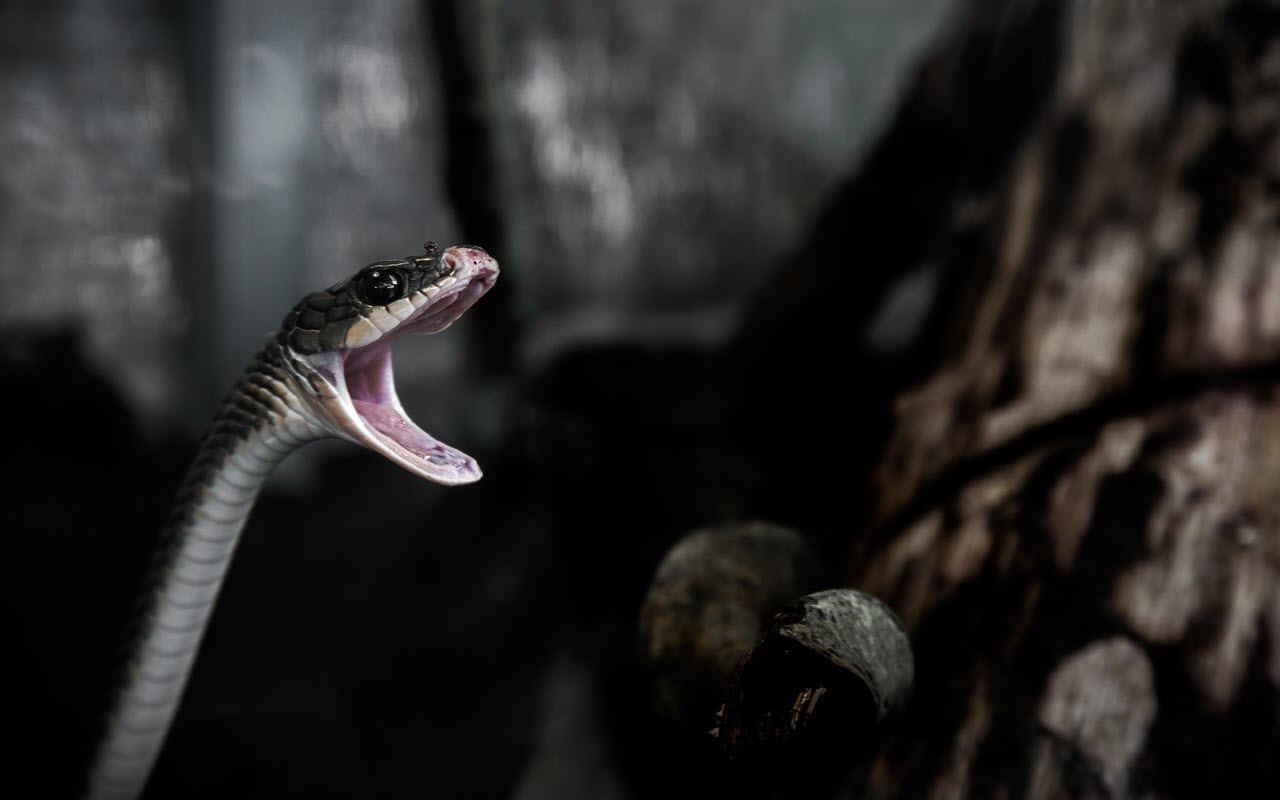 Bitten by a snake dream

Snake Bite dreams mean you are afraid of something or someone, if you are seeing a snake in your dream it is symbolising a problem that you are facing in your real life and you will have some challenges in the future. If you are bitten by a snake, then it means that you don’t fear anything and you feel safe.

Lots of snakes in dreams

When you dream of a lot of snakes, it means that your energy is limited in some way, and you need to rejuvenate. Snakes can represent both positive and negative things, but when they appear in your dreams, it indicates that your goals and desires are strong, but there may be things working against them.

A black snake in your dream, symbolizes a warning to be careful of hidden enemies, treachery and fraud. If you are fearful of a snake, it is also a warning that something unknown has the potential to impact your mood and emotions. If you are scared of snakes, this dream may reflect your fears of being misunderstood or being falsely accused.

The red snake is a symbol of fear, anxiety, and danger in dreams. It tends to symbolize something that you’re afraid of and it’s often linked to deep-seated beliefs that are preventing you from achieving your goals. You may find yourself unable to move or speak when faced with a red snake in your dream — this can be a sign of your inability to move past certain thoughts or feelings.

Dream about snakes in house

Yellow snakes in dreams can mean several things, but the most common interpretation is that you feel like something, or someone, is being completely irrational. In a dream you were being chased by a yellow snake, this indicates that you feel like people are out to get you. You may also be having issues within your circle of friends, or with a partner.

Snake attack in dreams can indicate that you become the object of unfounded jealousy and unhealthy competition, you are also not sure of how to deal with your own emotions or changes in your life. If you dream that a snake is attacking you, relax. It likely signifies you waking up to the fact that something or someone in your real life needs your attention; perhaps you’re being too accommodating or maybe someone has been asking for help for a long time.

Dream of killing a snake

Seeing a big snake in your dream can represent your worst fears and greatest desires. If you’re dreaming about a big snake, it’s not a good sign. A snake dream symbolizes envy and jealousy, danger, dishonesty and untrustworthiness. A python in a dream represents that something is trying to control you.

Dream of snakes in water

The dream of a snake in water is one that contains various interpretations and meanings from different cultures. In western culture, the symbolism of a snake in water relates to a feeling of being unable to escape from your own lies. Perhaps you are sensing a betrayal, whether someone has lied to you or whether you have lied to yourself? Be careful about what you believe to be true.

There are many different ways that dreaming of a snake can be interpreted. This is because snakes can symbolize many different things in dreams. For instance, they may represent the shedding of skin and transformation, danger and death, or sexuality and fertility.

Snakes can also represent karma or kundalini energy, which is a spiritual force in Eastern religions. The snake in this dream may be trying to warn you about your current course of action and suggest you reflect on what is happening in your life.

Dreaming of snakes as a warning

Snakes are often seen as a warning in our dreams. They can symbolize things like evil, deception, and danger. The snake might also be telling you to proceed with caution before making a decision. If you are being chased by a snake, it might be trying to tell you that there is something or someone in your life that is holding you back. If the snake disappears, this could mean that this person has left your life.

The dream may also represent something you are trying to leave behind or change in your own life. For example, if the snake is biting at your heels or chasing you, then it might symbolize trouble or difficulties around the corner for you. It’s important to note that the type of snake will influence its symbolism. A poisonous snake may represent an actual threat to your wellbeing whereas other types of snakes may not necessarily signify physical harm.

Snakes as triggers for fear

As children, however, snakes are much less likely to be associated with fear. Instead, they may represent things like curiosity and exploration.

It’s important to understand that your emotions while dreaming about a snake will influence the meaning behind your dream—especially if you were scared by it while dreaming!

Snakes represent change and transformation and often appear in dreams to warn you of a potential threat. Consider why the snake might be present, what it’s doing, and whether there are any other symbols in the dream. The snake may also be an agitated or distressed animal representing your own anxieties about change.

Perhaps you’re changing jobs, moving home, expecting a new baby, or dealing with an illness. These changes can prompt anxiety and fear that snakes may serve as a warning for. They may serve as a symbol of your own fears about change.

In this post, we’ll explore some of the ways that snakes might appear in a dream and how they might relate to you. Read on to learn more!

Snakes as a symbol of life cycles

Snakes are often seen as symbols of life or death cycles. For instance, the snake sloughs off its skin with each shedding, which can symbolize how we change and evolve over time. Snakes also eat their prey whole, only leaving the skeleton behind. This may represent either an act of destruction or a process of breaking down old ways in order to move on to new ones.

Spiritual Meaning of Snakes in Dreams

The spiritual meaning of snakes in dreams is often connected to transformation. The dreamer may be experiencing some sort of change, like a life adjustment or the loss of a loved one. The snake can represent death and rebirth, or it can symbolize how the dreamer feels encumbered by his or her own mind.

A snake might also represent something that is deeply hidden in the dreamer’s unconscious. Snakes are associated with wisdom and knowledge, so they may be reminding you to listen to your own intuition.

Dreaming about snakes can be an omen for upcoming transition, especially if the snake appears in another person’s dream instead of your own. The appearance of a snake in this context could indicate that someone close to you will soon experience major life changes.

Biblical Meaning of Snakes in Dreams

There are a few different interpretations of snakes in dreams, but the biblical meaning is that snakes represent sin and temptation. In biblical times, snakes were believed to be evil creatures that could cause harm to humans. This belief from the Bible has been passed down through history and many people still see snakes as a symbol of evil today.

In your dream, you might have been tempted by something or someone, or you might have felt like you’re going in a direction that you know is wrong. The snake represents the feeling that you’re going against what’s right for you. Dreaming of a snake can also be a sign that there’s a problem in your life that needs to be addressed before it gets worse.

There are many different interpretations of the snake’s meaning in a dream. Sometimes it may represent something dangerous or frightening, while other times it could mean something spiritual and powerful. When you have a dream about snakes, it always pays to try to look at what else might be in your dream and what the rest of the symbols might be telling you.

For example, if you have a dream that includes a snake but also other creatures or symbols like flowers, this could mean that your goal is to transform into something new, which is why the snake appeared in your dream. It could also mean that there are some fears or obstacles standing in your way. You should take some time to think about what these other things may symbolize before coming to any conclusions on the meaning of your snake dreams.

If you’re struggling with understanding these dreams, consider talking to a therapist who specializes in dream interpretation. They can help you understand how snakes connect with other aspects of your life and help you come up with ways to work through them.